At the front nine of the final round, American Julian Suri lost his lead at the D + D REAL Czech Challenge, but he took it back and celebrated his first Challenge Tour title in his career. He defeated Finnish player Tapio Pulkkanen by two strokes.

It was clear after Saturday’s round that it will be battle only between these two players at Kunětická Hora. The American led by three strokes against Finn, other players were already more shots behind. However in the middle of the round firsst two players matched the same result at -19.

Suri was losing shots at the beginning of the round. And, above all, due to the double bogey on sixth hole, he finished the front nine +2. Pulkkanen saw a chance, and with a birdie at nine, he tied his opponent. After both players played birdies on hole 11, American decided with 4 birdies in a row and created the lead which he kept till the last hole.

“I was one shot ahead and the last two holes are not easy. At 18 I hit a good drive, but I played over the green a little bit with my wedge. It’s not an easy hole with this pin, but I managed to save a par, ” commented Suri.

Pulkkanen missed his two metres putt for birdie on 17th hole, than he pulled his drive on 18 to heavy rough which resulted in bogey and Suri could started his celebration.

“I was feeling well and at the most important moment I played my best golf. I knew I could have an advantage on those holes and I took advantage of it. It was a good battle, ” commented winner the final round.

Thanks to the victory he obtained the biggest part of the tournament prizemoney €180,000, concretely €28,800. He took the lead in Road to Oman and is on his way to the European Tour.

“It is great. At the beginning of the week, I said that my goal was to win. This is my goal every week, and it will be the same next week in Switzerland, ” he does not want to settle just for one triumph.

More than money and glory, however, the victory at Kunětická Hora is more important to him for another reason: “It is self-confidence. Aware of being able to play good shots when I need them most. I’ve been working on some changes, and the fact that I’m holding this trophy now is a big deal. ” 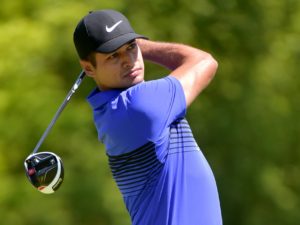 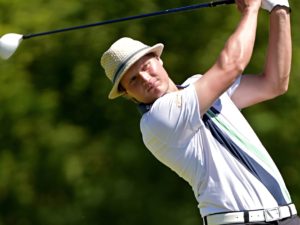 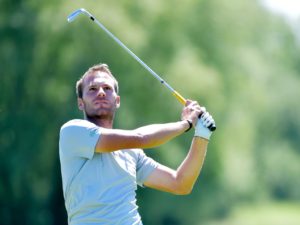 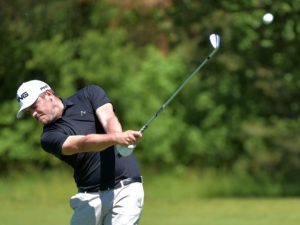